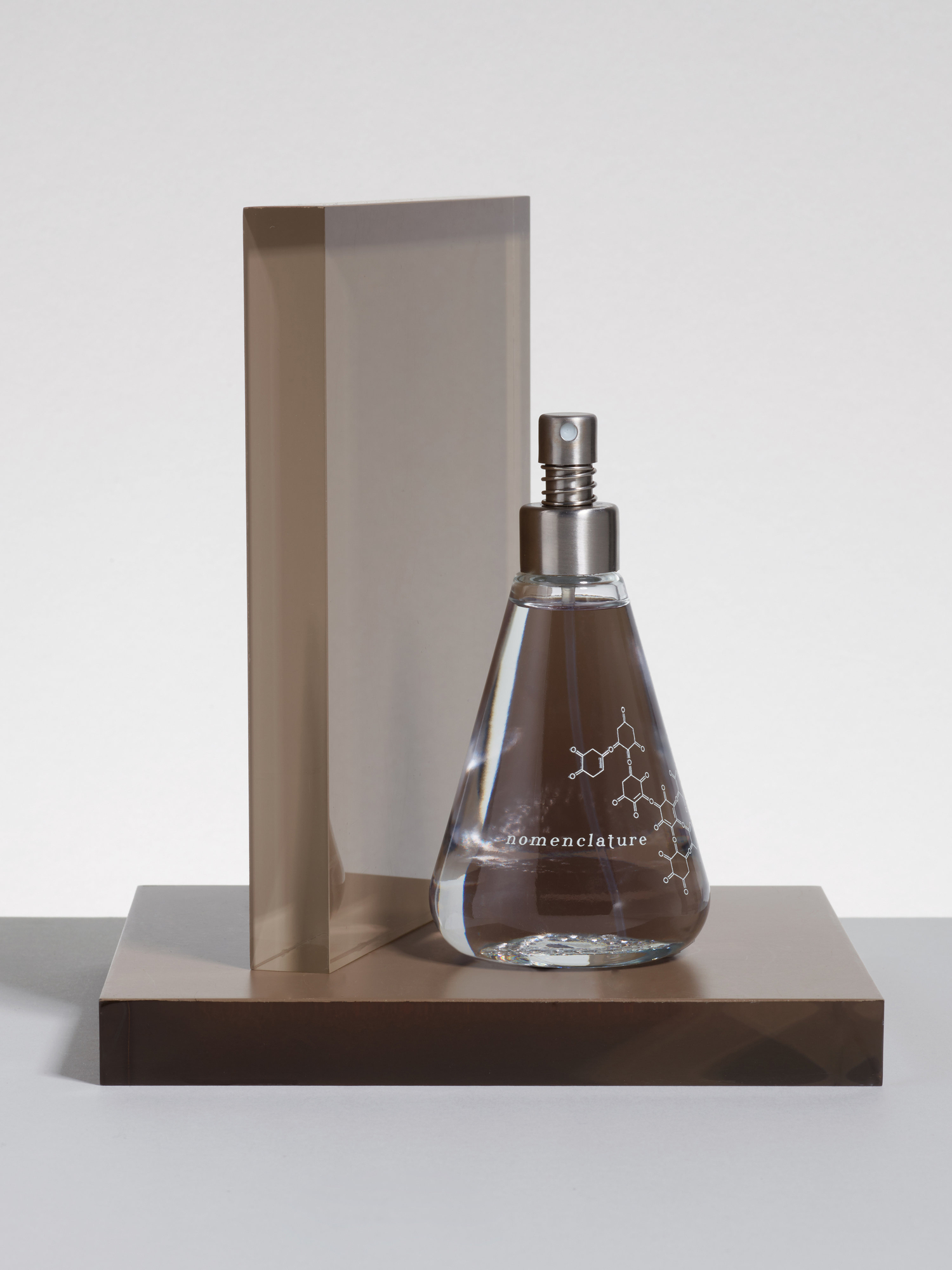 Conceived in New York by Karl Bradl and Carlos Quintero

Nomenclature, an avant-garde fragrance project from New York, presents revolutionary aromatic molecules from the cutting edge of contemporary perfumery. With their ultra-modern compositions, fragrance aficionados Karl Bradl and Carlos Quintero unite design, art and expert know-how. Each creation revolves around 5 synthetic fragrance molecules that have had a lasting influence on modern perfumery. These secret superstars have long worked behind the scenes in carefully guarded fragrance laboratories. Many famous iconic scent creations wouldn’t exist without them. They appear in the supporting role of a formula, but are actually principal players. The “heroes” of a fragrance are, of course, the natural odorants, which always get to bathe in the limelight. But the true revolutionaries of the fragrance world are those conceived of, conjured up and optimized by scientists in creative labs. They are inspired by and mimic nature, perfecting the distinctive character of an aromatic substance, leading us into fragrance worlds inaccessible by means of botany alone. They open the portals to new dimensions, allowing us to expand the scope of our imagination. From the synergy of poetry and science emerge fragrances imbued with the beauty of modernity. Nomenclature casts 5 modern aromatic protagonists in compositions with all the potential of becoming 21st century classics.