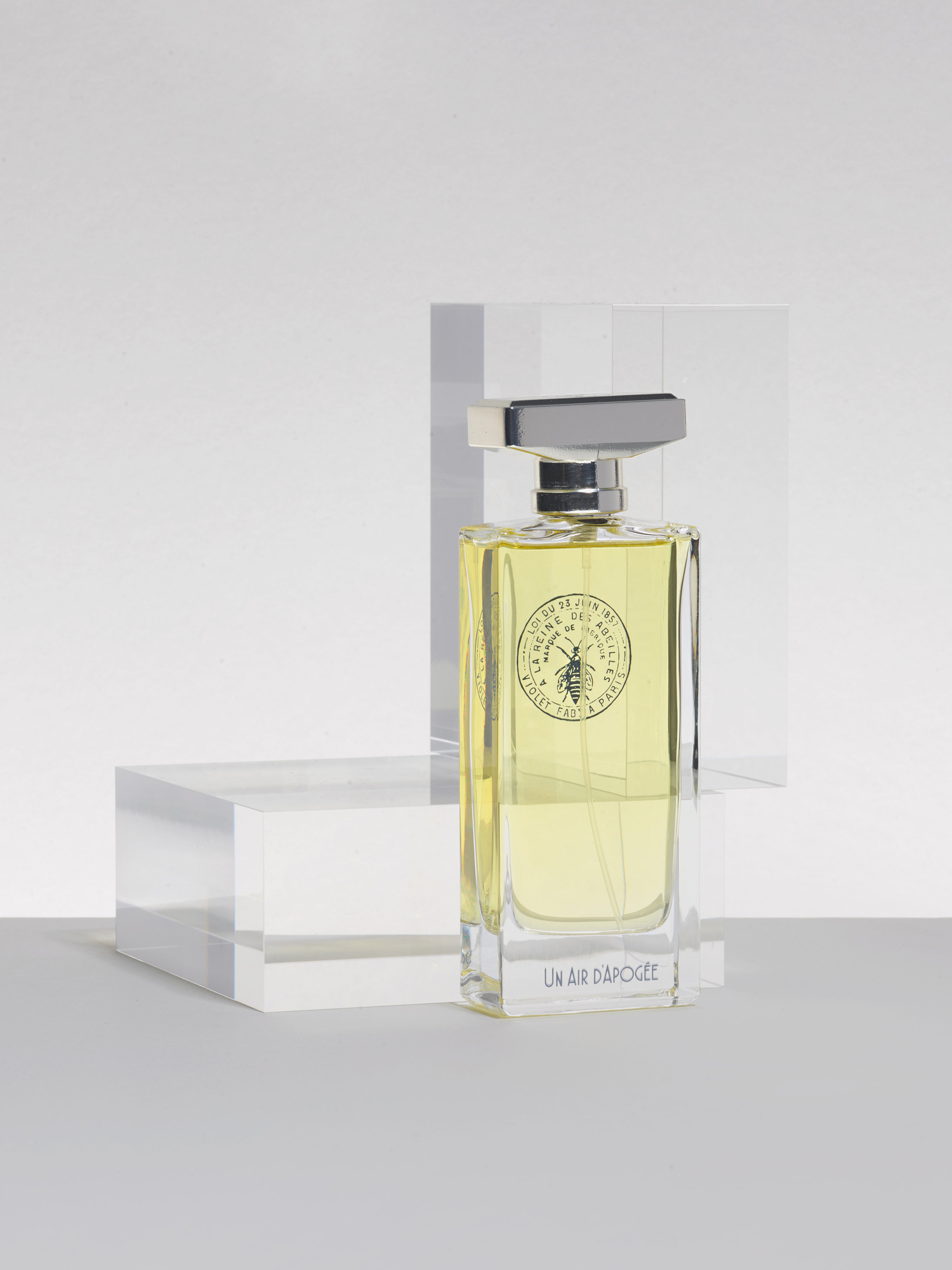 The story of the Maison Violet perfumery emporium began way back in 1827 in Paris, when monsieur Violet founded his company for the manufacture and sale of cosmetic products. In its earliest years of operations, the company caused a stir with inventive new production processes, which it registered for patents. The firm went on to receive major awards for its innovations. Maison Violet headquarters at 12 Boulevard des Capucines in the center of Paris quickly became an acclaimed address and attracted an enthusiastic international following. In the year 1842, Violet was appointed purveyor to both the French imperial court of Empress Eugénie and the royal court of Queen Isabella of Spain. In 1858, the house took on the designation “À la Reine des Abeilles - Maison Violet” (To the Queen Bee – the House of Violet). At the Paris World Exposition of 1867, Louis Claye, director of Violet at the time, was honored for his work. During his lifetime, Violet advanced to become one of the 10 top perfume houses in France. From 1885, the company was already being traded on the stock market and was an active exporter, with the US, England, Russia, Germany, Spain and Portugal among its key foreign markets. At that time, Maison Violet employed over 250 workers in its factories. Many years of prosperous trade followed. But the Great Depression, sandwiched between the two World Wars, brought a dramatic turn of fortunes that saw the business finally grind to a halt in 1953. But in 2015, Paul, Anthony and Victorien, three young entrepreneurial perfumers fresh from their studies at the ESP Grasse, decided to reawaken a sleeping beauty, breathing new life into the Maison Violet legend.